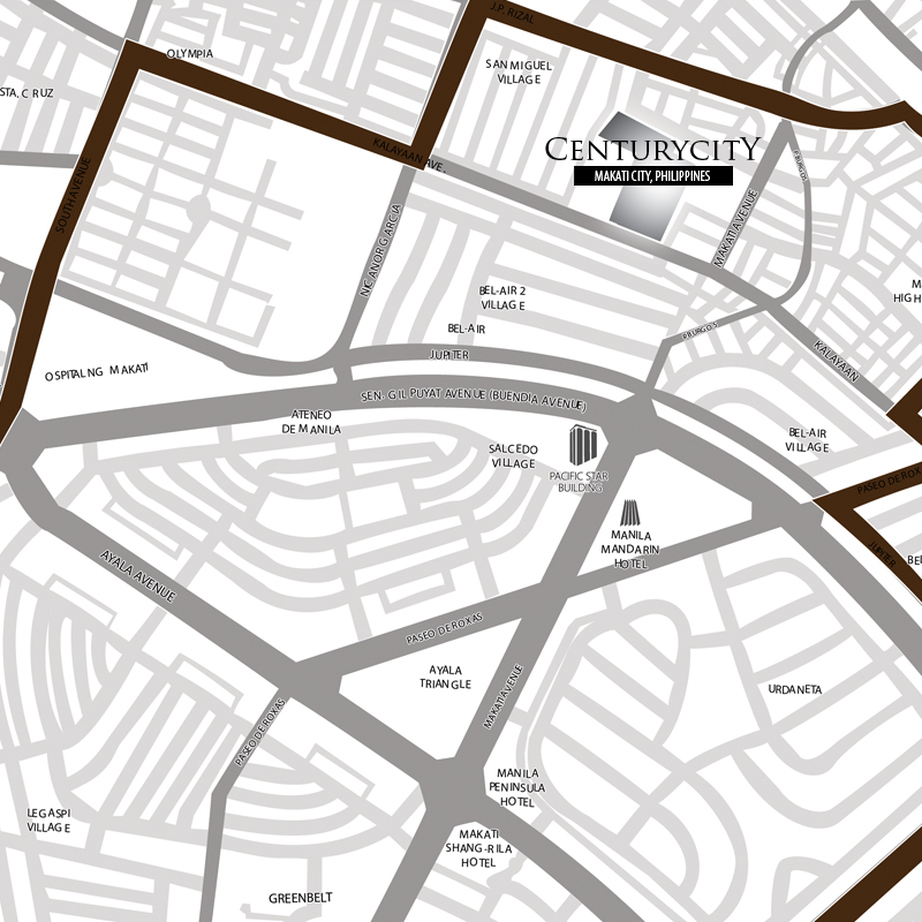 FROM INTERNATIONAL SCHOOL TO INTERNATIONAL CITY
Rising on a portion of the property formerly occupied by the International School Manila is a completely new urban experience that will perpetuate the rich history, heritage and world-class standards of its predecessor. Century City is a groundbreaking architectural and design landmark, a fully-masterplanned vertical village of luxury high rises, corporate office towers, a state-of-the-art medical-IT building, and the Century City Lifestyle Complex. Echoing the International School’s ideals of creating a true global community and promoting unity in diversity, Century City will bring the best of the world in one place—a true international city that will become one of Asia’s most exciting destinations.
Right in the heart of “MoMa” or “Modern Makati”, Century City will be an entirely new urban experience set to redefine the skyline. Spanning an avenue we call “Kalayaan”, which is the Filipino word for “Freedom”, it will be an experience that liberates us from everything we have ever known in defining a city. Century City’s location is second to none,
within the modernizing, future-ready district of a city in constant evolution.